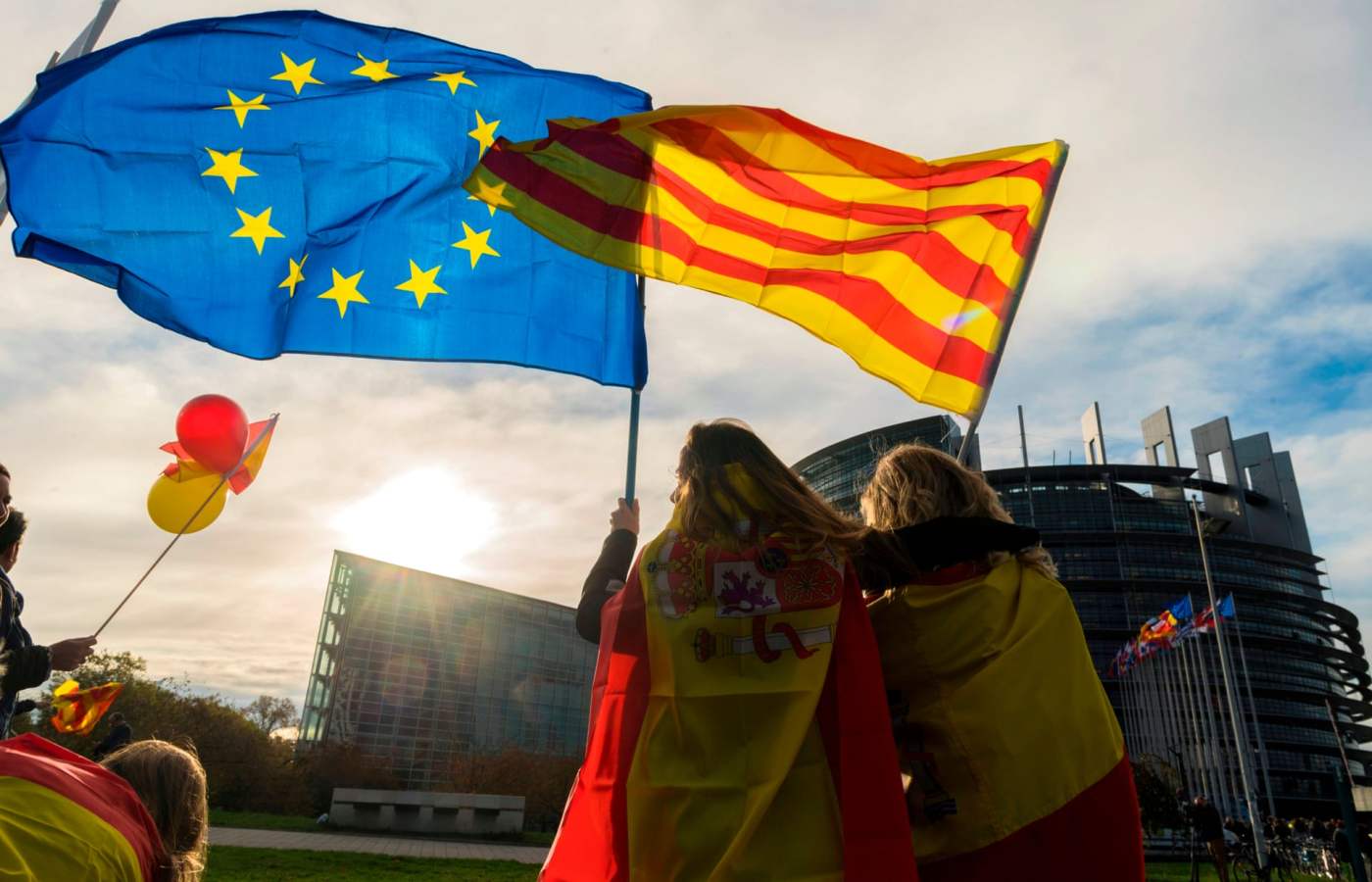 The European Union has always been evolving in its institutional reform and enlargement, to bring European nations together as an ever-closer union. At the same time, nationalist movements have emerged in recent decades, notably in Scotland, Catalonia and Flanders, among others. The possibility of smaller regions breaking off from existing European countries and rejoining the EU as independent member states—a process known as internal enlargement—has become a real question. This article examines political and legal considerations of internal enlargement, followed by social and economic benefits the EU may enjoy from such internal enlargement.

Political and Legal Considerations
Several regions across Europe have witnessed nationalist movements of people seeking greater autonomy from the central government or even complete independence as a new state. Scotland is undoubtedly the most discussed of them all. A referendum on Scottish independence was held in 2014, with 45% voting in favour. Given the high level of autonomy that Scotland was already enjoying, as well as the legal feasibility of Scottish independence that the UK’s Constitution permitted, much discussion ensued. Among them, one prominent topic was whether an independent Scotland could automatically assume EU membership, back when the UK was still an EU member state (MS). Then, at the EU referendum in 2016, 56% of the British nationals voted on the “leave” side. However, in Scotland, 62% of votes were to “remain” in the EU. Although a second referendum on Scottish independence is unlikely in the foreseeable future due to the UK’s current political climate, the whole notion of Scottish independence, and naturally, Scotland’s potential membership in the EU remains a highly intriguing topic. Furthermore, Scotland’s case is likely to set a precedent for many other regions across Europe which are likewise seeking greater autonomy or independence.

Drawing from the debate surrounding Scottish independence, we shall examine how a hypothetical new European state gaining independence from an existing EU MS would go about retaining or applying for its membership in the EU. In Scotland’s case, considering the 2014 independence referendum was held while the UK was still an EU MS, the central question of the debate was whether an independent Scotland would automatically assume EU membership. Nationalists both in Scotland and elsewhere in Europe argued that nothing could withhold Scotland from the benefits of EU membership if Scotland gained independence. Opponents, on the other hand, reasoned that Scotland would be detached from the UK and, as a non-successor state, it would automatically be expelled from the EU and would have to apply for membership all over again. However, others hesitated to arrive at any conclusion, saying that there was no precedent of internal enlargement in the EU and both EU law and international law, talk very little about the topic.

Four crucial reasons support the argument that a new independent European state should retain its EU membership. First, proponents of automatic membership retention rest their case on the reasoning that, as a sui generis organisation, the EU has developed a distinctive new legal order, as has been ruled in the famous Van Gend en Loos case. This new legal order is an essential concept because it implies that the EU law is fundamentally different from international law, as well as that the EU law constitutes a hierarchy of laws where inconsistencies with national regulations must be resolved in line with EU law (Douglas-Scott 2014). Second, deriving from the first reason, it is argued that legal certainty is a general principle of EU law. As such, even though the EU treaties do not directly address the issue of internal enlargement, acquired rights and mutual dependencies that rise from the EU treaties must not be extinguished immediately when a region of an MS gains independence (Douglas-Scott 2014). Third, the rights associated with EU citizenship should also be considered. Through the Rottmann and Zambrano cases, for example, the European Court of Justice has shown that national regulations that restrict the enjoyment of rights of an EU citizen or allow the loss of EU citizenship can be put aside. It is thus argued that the independence of a European territory should not result in automatic revocation of the residents’ EU citizenship rights. This argument is also crucial concerning the protection of rights of the newly independent state’s citizens residing in other parts of the EU as well as the rights of other EU nationals continuing their residence in the newly independent country (Douglas-Scott 2014). Last, the proponents believe that recognising the independence of autonomous regions is in line with the EU’s fundamental values—“respect for human dignity, freedom, democracy, equality, the rule of law and respect for human rights, including the rights of persons belonging to minorities”—as embedded in Art. 2 TEU. The initial design of the EC was to forge lasting peace by promoting cooperation across national borders. Thus, it is in the very nature of the EU to safeguard democracy and self-determination of regions seeking independence (Douglas-Scott 2014).

On the other hand, several reasons support the argument that a newly independent state would immediately lose its EU membership and would have to apply as a new member. First, no EU treaty provision concerns the issue of internal enlargement. Articles 48 and 50 TEU concern existing MS, on the procedures for amending the treaty provisions and withdrawing membership from the EU, respectively. Art. 49 TEU, on the other hand, concerns non-member states, on the application for EU membership. With no treaty provision directly addressing internal enlargement, it must not be construed that a newly independent state would automatically retain its EU membership (Dermine 2014). Second, there is a problem of state succession. It is generally argued, when a part of an existing country is detached and gains independence, the remaining or majority part of the country is deemed the successor state. For instance, it has been shown through the case of UN membership that only one successor state would be recognised to continue its membership in the international organisation. Examples include Pakistan, which gained independence from India, and Singapore, which was detached from Malaysia. Pakistan and Singapore, just like any other newly independent countries, had to apply as new members of the UN (Dermine 2014).

Thus far, we have examined various arguments for and against the automatic retention of EU membership of a newly independent European state. We have also noted the lack of precedents of internal enlargement, the lack of relevant treaty provisions, and the politically divisive nature of the topic. At this juncture, we are reminded that the UK’s withdrawal from the EU as per Art. 50 TEU provides some insight into this issue of internal enlargement. The EU’s Brexit coordinator Guy Verhofstadt (2018) mentioned that the UK’s withdrawal necessitated careful negotiations:

Perhaps the most crucial aspect is that it took a few years since the 2016 EU membership referendum for the UK to withdraw its representation from the European institutions. It is likely to take a few more years before a UK-EU association agreement can be concluded. This provides a highly important implication for a newly independent European state that its withdrawal or retention of EU membership should be negotiated (Dermine 2014). Furthermore, it should be noted that, despite the European Commission’s conservative neutralism, EU institutions and officials have shown a great deal of flexibility and pragmatism, such as during German unification, which then had no precedent (Dermine 2014, Douglas-Scott 2014).

Understandably, EU officials have shown differing views on the topic of internal enlargement and have refrained from expressing any opinions at best. Caught between intergovernmentalism and supranationalism, the EU always finds itself struggling to keep its political balance. Moreover, the issue of regional independence is regarded mainly as a matter of internal affairs, which the EU should not interfere with, particularly so if such independence movement is deemed unconstitutional. This is by far the most striking difference between Scotland and Catalonia. Independence of Scotland is not forbidden by the UK Constitution, while the Spanish Constitution outlaws Catalonia’s independence. Nonetheless, the EU treaties, along with the entirety of the Charter of Fundamental Rights of the European Union, enshrine democratic values and, thus, safeguarding self-determination of ethnolinguistic minority groups is in line with the EU’s mandate, particularly in case of constitutional independence movements.

Social and Economic Considerations
Internal enlargement also entails essential socio-economic implications for the rest of the EU. Table 1 shows prominent European regions with populations of at least two million that are known to be seeking a higher level of autonomy or even complete independence. Note that the Basque Country, Catalonia, Bavaria, Veneto and Flanders record higher GDP per capita than their national figures, meaning that these regions generate more wealth per person than their counterparts elsewhere in their countries (Knowledge@Wharton 2013). Scotland is an unusual case for having a lower GDP per capita than the rest of the UK. However, its economic significance is nonetheless crucial since it generates a considerable volume of exports through its alcoholic beverages. Much of Scotland’s gas and oil reserves are also controlled by the UK, subject to highly contentious negotiations in the hypothetical case of Scottish independence. In any case, a newly independent Scotland seeking EU membership would be an addition to the EU, after Brexit.

Political issues aside—whether a given region’s independence is likely to be constitutional and its application to the EU is expected to avoid a veto by any existing MS—internal enlargement has a strong case for socio-economic benefits to the EU. Figure 1 shows spatial spillover of regional economic growth, indicating that regions of high economic growth tend to be surrounded by other areas of similar economic growth patterns. The free movements of goods, services, persons and capital, as guaranteed by the EU, facilitate accelerated wealth generation, technology transfers and social improvements in better performing regions of the EU. Highly developed parts of the EU benefit massively from agglomeration, which translates to economies of scale, a higher probability of innovation and concentration of high-level services that are fundamental for growth. Agglomeration also produces a direct and indirect effect on growth due to more significant interaction between firms as well as people (European Commission 2017).

Allowing high-performing regions, such as the Basque Country and Catalonia, to join the EU as independent states would further accelerate the positive effects of agglomeration. Catalonia, for instance, is known to transfer 10 billion euros yearly in taxes to Madrid (O’Leary et al. 2017). Freeing up this fiscal burden could help unleash the enormous potential of the region. Greater autonomy and transparency, as well as less bureaucracy and corruption in governance, would also lead to higher government effectiveness, with positive socio-economic results. Ultimately, higher levels of socio-economic stability and predictability will benefit the whole of the EU.

Conclusion
We have seen that internal enlargement presents a highly complex political and legal challenge, due to the lack of relevant EU treaty provisions and the EU institution’s conservative neutralism. With no precedent in history, internal enlargement remains an unanswered hypothetical question. Nevertheless, Brexit provides some crucial insights, such that withdrawal of EU membership should always be negotiated to ensure continued protection of citizens’ rights and smooth functioning of the European Single Market. This implies that a newly independent European state should not be expelled immediately from the EU. Instead, it should be given ample opportunity to negotiate its terms of membership retention or withdrawal. We also examined that internal enlargement can advocate democratic values of EU citizens and accelerate the positive effects of economic agglomeration, even though the net size of the European market remains constant. It should also be noted that EU institutions have displayed a remarkable level of flexibility and pragmatism throughout history. While such a proactive stance may be expected of the EU in the likely future event of internal enlargement, it is hoped that a legalised provision be drafted, either as an amendment to the EU treaties or as a separate regulation, for legal predictability in the foreseeable future.